"A taut psychological thriller, loaded with mood, and a puzzle tricky enough to keep you guessing to the final page" —The Washington Post

In the chilling tradition of Daphne du Maurier and with the acuity of Kate Atkinson comes an atmospheric psychological thriller about an isolated British village and the sinister abandoned house that holds the key to its most shameful secrets.

Alison is as close to anonymous as you can get: she has no ties and no home, and her only anchors are her boyfriend and her small backroom job in publishing. Which is exactly how she wants it. Because once, Alison was a teenager named Esme who lived in a remote, dilapidated house by a bleak estuary with her parents and three siblings. One night something terrible happened in the family's crooked house, leaving Alison the only survivor. In order to escape from the horror she witnessed, she moved away from the village, changed her name, and cut herself off from her past.

But now her boyfriend has invited her to a wedding being held in her old hometown, which means returning there for the first time since that night. She decides that she's never going to overcome the trauma of what happened to her without confronting it, so she accepts his invitation. But soon Alison realizes that the events of that night left their awful mark not just on her but on the entire village, and she begins to suspect that everyone there might somehow be implicated in her family's murder.

Christobel Kent's The Crooked House is a haunting thriller about one woman's search for the truth about her past through a closed community full of dark secrets.

Note! Citation formats are based on standards as of July 2010. Citations contain only title, author, edition, publisher, and year published. Citations should be used as a guideline and should be double checked for accuracy.
Staff View
Grouped Work ID:
b24be3e7-2ad2-7a3f-b0b5-ed22a1e239fa
Go To GroupedWork 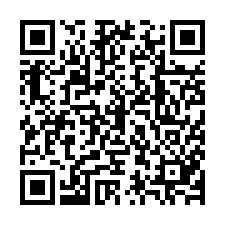