Description
In Conquerors, New York Times bestselling author Roger Crowley gives us the epic story of the emergence of Portugal, a small, poor nation that enjoyed a century of maritime supremacy thanks to the daring and navigational skill of its explorers—a tactical advantage no other country could match. Portugal’s discovery of a sea route to India, campaign of imperial conquest over Muslim rulers, and domination of the spice trade would forever disrupt the Mediterranean and build the first global economy. Crowley relies on letters and eyewitness testimony to tell the story of tiny Portugal’s rapid and breathtaking rise to power. Conquerors reveals the Império Português in all of its splendor and ferocity, bringing to life the personalities of the enterprising and fanatical house of Aviz. Figures such as King Manuel “the Fortunate,” João II “the Perfect Prince,” marauding governor Afonso de Albuquerque, and explorer Vasco da Gama juggled their private ambitions and the public aims of the empire, often suffering astonishing losses in pursuit of a global fortune. Also central to the story of Portugal’s ascent was its drive to eradicate Islamic culture and establish a Christian empire in the Indian Ocean. Portuguese explorers pushed deep into the African continent in search of the mythical Christian king Prester John, and they ruthlessly besieged Indian port cities in their attempts to monopolize trade. The discovery of a route to India around the horn of Africa was not only a brilliant breakthrough in navigation but heralded a complete upset of the world order. For the next century, no European empire was more ambitious, no rulers more rapacious than the kings of Portugal. In the process they created the first long-range maritime empire and set in motion the forces of globalization that now shape our world. At Crowley’s hand, the complete story of the Portuguese empire and the human cost of its ambition can finally be told.Praise for Conquerors “Excellent . . . Crowley’s interpretations are nuanced and fair.”—The Christian Science Monitor “In a riveting narrative, Crowley chronicles Portugal's horrifically violent trajectory from ‘impoverished, marginal’ nation to European power, vying with Spain and Venice to dominate the spice trade.”—Kirkus Reviews (starred review) “Brings to life the Portuguese explorers . . . perfect for anyone who likes a high seas tale.”—Publishers Weekly “Readers of Crowley’s previous books will not be disappointed by this exciting tale of sea battles, land campaigns and shipwrecks. . . . Crowley makes a good case for reclaiming Portugal’s significance as forger of the first global empire.”—The Daily Telegraph “Crowley has shown a rare gift for combining compelling narrative with lightly worn academic thoroughness as well as for balancing the human with the geopolitical—qualities on display here. The story he has to tell may be a thrilling one but not every historian could tell it so thrillingly.”—Michael Prodger, Financial Times “A fast-moving and highly readable narrative . . . [Crowley’s] detailed reconstruction of events is based on a close reading of the works of the chroniclers, notably Barros and Correa, whose accounts were written in the tradition of the chronicles of chivalry.”—History Today
Also in This Series

Other Editions and Formats
Choose a Format
+ Book
Show Edition
On Shelf
Carmichael has 2
909.097124 C953 2015
Central
909.097124 C953 2015
North Natomas
909.097124 C953 2015
Quick Copy View
See Full Copy Details
Place Hold
+ OverDrive eBook
Show Edition
Checked Out
Quick Copy View
See Full Copy Details
Place Hold OverDrive
More Copies In LINK+
Loading LINK+ Copies...
Table of Contents
Prologue: The prow of Europe
Part I. Reconnaissance: the route to the Indies
The India plan
The race
Vasco da Gama
"The Devil take you!"
The Samudri
Part II. Monopolies and holy war
Cabral
The fate of the Miri
Fury and vengeance
Toeholds
The Kingdom of India
The great whore of Babylon
"The terrible"
Three days at Chaul
"The wrath of the Franks"
Diu
Part III. Conquest: The great Khan of India
The doors of the Samudri
"What the Portuguese win they never give up"
Prisoners of the rain
The uses of terror
To the eye of the sun
The wax bullet
"All the riches of the world in your hands"
The last voyage
Epilogue: "They never stop in one place".
Excerpt
Loading Excerpt...
Author Notes
Loading Author Notes...
Subjects
LC Subjects
Imperialism -- History.
Portugal -- Colonies -- History -- 16th century.
More Details
Format:
Book
Edition:
First edition.
Language:
English
ISBN:
9780812994001, 0812994000

Note! Citation formats are based on standards as of July 2010. Citations contain only title, author, edition, publisher, and year published. Citations should be used as a guideline and should be double checked for accuracy.
Staff View
Grouped Work ID:
46681389-a42e-25af-f499-626e39d2c214
Go To GroupedWork 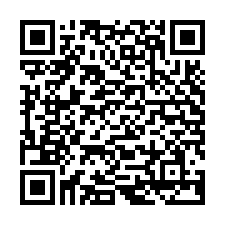