The visitors: a novel
(Book)

Description
In the tradition of Neil Gaiman and Iain Banks, Simon Sylvester brings an ancient myth to life with this lush, atmospheric coming-of-age taleNobody comes to the remote Scottish island of Bancree, and seventeen-year-old Flora can't wait to move to the mainland when she finishes school. So when a mysterious man and his daughter move into isolated Dog Cottage, Flora is curious. What could have brought these strangers to the island? The man is seductive but radiates menace, while Flo finds a kindred spirit in his daughter, Ailsa. Meanwhile, several of the men on Bancree have disappeared, unnerving the community. When a body washes ashore, suspicion turns to the newcomers. But Flo suspects something else, even though it seems impossible: She asks local residents for anything they know about"selkies," the mythical women who can turn from seal to human and back again. Convinced of her new neighbors' innocence, Flo is fiercely determined to protect her friend Ailsa. Can the answer to the disappearances, and to the pull of her own heart, lie out there, beyond the waves?From the Trade Paperback edition.
Also in This Series

Note! Citation formats are based on standards as of July 2010. Citations contain only title, author, edition, publisher, and year published. Citations should be used as a guideline and should be double checked for accuracy.
Staff View
Grouped Work ID:
9363b655-0bdc-c16f-b3b0-b2eecff5aef2
Go To GroupedWork 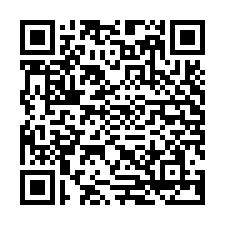