Catalog Bats of the republic : »  Book »

Bats of the republic: an illuminated novel
(Book)

Description
"Archetypes of the cowboy story, tropes drawn from sci-fi, love letters, diaries, confessions all abound in this relentlessly engaging tale. Dodson has quite brilliantly exposed the gears and cogs whirring in the novelist's imagination. It is a mad and beautiful thing."—Keith Donohue, The Washington PostWinner of Best of Region for the Southwest in PRINT's 2016 Regional Design AwardsBats of the Republic is an illuminated novel of adventure, featuring hand-drawn maps and natural history illustrations, subversive pamphlets and science-fictional diagrams, and even a nineteenth-century novel-within-a-novel—an intrigue wrapped in innovative design. In 1843, fragile naturalist Zadock Thomas must leave his beloved in Chicago to deliver a secret letter to an infamous general on the front lines of the war over Texas. The fate of the volatile republic, along with Zadock's future, depends on his mission. When a cloud of bats leads him off the trail, he happens upon something impossible... Three hundred years later, the world has collapsed and the remnants of humanity cling to a strange society of paranoia. Zeke Thomas has inherited a sealed envelope from his grandfather, an esteemed senator. When that letter goes missing, Zeke engages a fomenting rebellion that could free him—if it doesn't destroy his relationship, his family legacy, and the entire republic first. As their stories overlap and history itself begins to unravel, a war in time erupts between a lost civilization, a forgotten future, and the chaos of the wild. Bats of the Republic is a masterful novel of adventure and science fiction, of elliptical history and dystopian struggle, and, at its riveting core, of love.
Also in This Series

Note! Citation formats are based on standards as of July 2010. Citations contain only title, author, edition, publisher, and year published. Citations should be used as a guideline and should be double checked for accuracy.
Staff View
Grouped Work ID:
6a155555-cc72-a768-c356-6944ee5e6dca
Go To GroupedWork 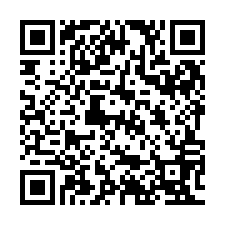