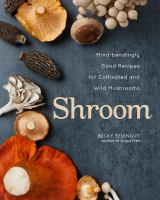 The button mushroom better make room on the shelf. We're seeing a growing number of supermarkets displaying types of mushrooms that are leaving shoppers scratching their heads. Home cooks are buying previously obscure species from growers and gatherers at local farmers markets and adventurous cooks are collecting all manners of edible mushrooms in the woods. People are asking the question, "Now that I have it, what do I do with it?" Home cooks and chefs alike will need a book and an educated guide to walk them through the basics of cooking everything from portobellos and morels to chanterelles and the increasingly available, maitake, oyster, and beech mushrooms.

Shroom is that book and Chef Becky Selengut is that tour guide. In a voice that's informed, but friendly and down-to-earth, Selengut's Shroom is a book for anyone looking to add mushrooms to their diet, find new ways to use mushrooms as part of a diet trending towards less meat, or diversify their repertoire with mushroom-accented recipes inspired from Indian, Thai, Vietnamese and Japanese cuisines, among others. Recipes include maitake tikka masala, caramel-braised king trumpet mushrooms with bao buns and cabbage slaw, and simpler fare such as mushrooms and grits with fried egg. Written in a humorous voice, Becky Selengut guides the home cook through 15 species-specific chapters on mushroom cookery with the same levity and expertise she brought to the topic of sustainable seafood in her IACP-nominated 2011 book Good Fish. Selengut's wife and sommelier April Pogue once again teams up to provide wine pairings for each of the 75 recipes.

Note! Citation formats are based on standards as of July 2010. Citations contain only title, author, edition, publisher, and year published. Citations should be used as a guideline and should be double checked for accuracy.
Staff View
Grouped Work ID:
f2f6ff63-a544-fba3-a8b7-6b6346194859
Go To GroupedWork 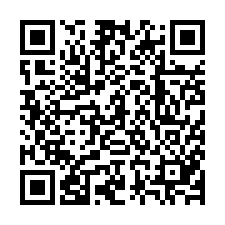