Description
Making rounds to homes one wet spring morning, veterinarian Dr. Kate Turner rescues a family's hamster from a vacuum cleaner, then visits an estate whose owners breed champion Cavalier King Charles spaniels. Instead of sharing traditional tea with the couple, she confronts a bloody scene of bodies and 27 blue-ribbon dogs running wild.Police initially suspect a murder-suicide, but when Dr. Kate proves the famous best-in-show champion is missing, a darker reality intrudes. She remembers her grandfather saying that there are two motives for murder-love and money. While treating local pets, Dr. Kate discovers suspects and motives everywhere in this charming town filled with people who wanted the couple dead.Was the couple murdered for money their champion could bring to another breeder? How is their daughter, anxious to rid herself of the pampered dogs, handling the wealth she inherits? Would the celebrity filmmaker living nearby kill to end a multi-million dollar lawsuit? Did long-buried personal secrets cause the deaths? And what's going on at the office behind her back? Is Dr. Kate now in danger? We are delighted to discover and publish first-time mystery writer Eileen Brady, D.V.M. Her characters, style, and storytelling bring authenticity and atmosphere to this new "pet noir" series. --Provided by publisher.
Also in This Series

Note! Citation formats are based on standards as of July 2010. Citations contain only title, author, edition, publisher, and year published. Citations should be used as a guideline and should be double checked for accuracy.
Staff View
Grouped Work ID:
fcb88a70-e88c-40f3-2faf-76cc0c531573
Go To GroupedWork 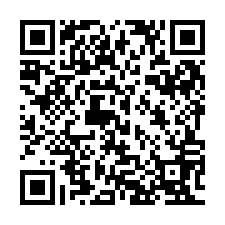