Description
Stefanie Sloane's intoxicating series of rogues and romance continues as a handsome spy falls for a woman who proves quite dangerous—to his heart.

Though resolute and driven by nature, dedicated spymaster Langdon Bourne has lost his way. Even his passion for his secret organization, the Young Corinthians, has waned—until he is assigned a mission with the potential to finally bring about the peace that has eluded him for nearly two decades. But to eliminate a brilliant, dangerous nemesis, Langdon needs the help of a woman whose loyalties are most uncertain.

Grace Crowther ignores the rumors that persist after the death of her husband, a merciless doctor who won her in a card game. Is she truly the black widow that many believe? One look at her angelic face and one glimpse into her heavy heart tells Langdon all he needs to know about Grace—and his own deepest desires. He needs Grace, if he's to have any chance of tracking down the leader of the nefarious gang known as the Kingsmen. And he wants her desperately, enough to forget the rules of a good spy and take risks no ordinary man would dare. For Grace has no reason to trust Langdon, or to help him. But somewhere deep inside she knows that he is the answer to her prayers.
Praise for Stefanie Sloane and The Wicked Widow Meets Her Match

"Strong protagonists, fully fleshed out secondary characters and a strong plot are just what readers crave, and the talented [Stefanie] Sloane brings them that and more in her sexy, nonstop read. Sit back and enjoy!"—RT Book Reviews

"Sloane pulls out all the stops with plots and counterplots leading up to the unmasking and defeat of the ultimate villain, rounding out the series on a high note."—Booklist

Note! Citation formats are based on standards as of July 2022. Citations contain only title, author, edition, publisher, and year published. Citations should be used as a guideline and should be double checked for accuracy.
Staff View
Grouped Work ID:
3cfbf24b-796c-6b42-9fe9-f8b00cea51d7
Go To GroupedWork 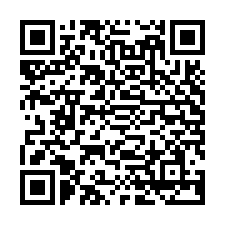