The blonde: a novel
(Book)

It's early spring 1959, and the word desire is synonymous with America's most famous blonde: Marilyn Monroe. She's at the height of her fame, the object of a whole world's worth of want and projection. Being desired is her drug, her kryptonite, the very definition of who she is. It's so much a part of her identity that her own wants and needs have become fleeting at best, as if she's seen herself through others' eyes so often that she's forgotten what she looks like through her own. But the deepest needs always surface, and there is one thing Marilyn wishes for beyond all else—to meet her real father.
That's the part you already know, the legend—but here's the part that's never been told.
Ten years earlier a man named Alexei Lazarey met Marilyn before she was Marilyn, starving and alone at Schwab's in Los Angeles. Before the day was out, he got her signed to the William Morris Agency and eventually transformed her from a poor, failed actress to America's most famous sex symbol.
Now that Marilyn has reached her pinnacle, Alexei comes back for his repayment. When she hesitates, he plays his trump card: pulling out a photo of her estranged father with a promise to reunite them. The next day, Marilyn's on a plane to Chicago with Alexei's instructions ringing in her ear: John F. Kennedy is the favorite for next year's Democratic presidential nomination. Find out something about him that no one else knows.
At first, Marilyn is almost bored by the thought of yet again using a man's attraction to get what she needs. But once she meets the magnetic Jack Kennedy for the first time, she has a feeling that this isn't going to be a simple game—for her or Alexei. As she gets herself in deeper and deeper Marilyn discovers that there's something much more sinister at play. What started as the simple desire to meet her father now has grave consequences for her, for the bright young Kennedy, and for the entire nation.
Part biography, part spy thriller, and part love story, THE BLONDE is a whip-smart reimagining of history that reads like a chillingly true account. With a voice that explodes off the page, this novel is a massive ice cream sundae of American celebrity, sex, love, violence, power, and paranoia.

Note! Citation formats are based on standards as of July 2010. Citations contain only title, author, edition, publisher, and year published. Citations should be used as a guideline and should be double checked for accuracy.
Staff View
Grouped Work ID:
13f994c6-6cfb-5266-b077-f283109a80a3
Go To GroupedWork 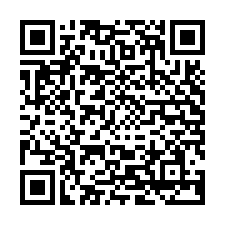