The sun and other stars
(Book)

In the seaside town of San Benedetto, soccer (or calcio) is more than just a sport: it's an obsession. Twenty-two-year-old Etto, however, couldn't care less about soccer. His twin brother Luca, a rising soccer star, died tragically in a motorcycle accident, and their mother, unable to cope with her grief, drowned herself on the anniversary of Luca's death. But then Yuri Fil, a Ukrainian soccer star, takes refuge from the paparazzi in a nearby villa, and Etto accidentally falls into Yuri's orbit—and that of Yuri's beautiful and tough sister, Zhuki. Under their influence, he begins to learn that the game of soccer might not be a total waste of time and that life might have more to offer him than he would have ever believed possible.

Note! Citation formats are based on standards as of July 2010. Citations contain only title, author, edition, publisher, and year published. Citations should be used as a guideline and should be double checked for accuracy.
Staff View
Grouped Work ID:
19d3af58-b486-313a-4091-22b87269d18a
Go To GroupedWork 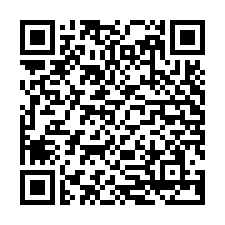