Description
An "audacious satire" of high culture, low standards, reality TV, and instant fame by the author of Moist (Vanity Fair). Sweet natured and as dumb as a bag of hammers, Sepp Gregory parlayed his six-pack abs and broken heart into overnight success on the insanely popular "reality-based" television show Sex Crib. Now, People magazine's "sexiest man alive" is touring the country with his bestselling debut novel, a barely fictionalized memoir he neither wrote nor read. He's signing books shirtless, so no one cares—except for struggling novelist and bastion of intellectualism, Harriet Post. One of the blogosphere's stuffiest literary minds, Harriet believes Sepp is the very definition of the apocalypse. Determined to pen an exposé on the publishing industry, Harriet hijacks the book tour and uncovers the ghostwriter. But when her self-righteous campaign ends in a tragic accident, reality collides with "reality" and Sepp and Harriet take it on the lam. Hightailing it on a sex-fueled road trip through the Southwest, Harriet is finally in step with contemporary culture. Coming "across as the slightly more well-adjusted offspring of Hunter S. Thompson and James Ellroy," Mark Haskell Smith is at his raucous best in this "incisive, caustic . . . hilarious and . . . unexpectedly sweet illustration of why we write and read in the first place" (Los Angeles Times). "Subversively funny . . . Think Don DeLillo meets Jersey Shore." —The Wrap "Both hilarious and absurd. You'll laugh (and sometimes blush) the whole way through." —People
Also in This Series

Note! Citation formats are based on standards as of July 2010. Citations contain only title, author, edition, publisher, and year published. Citations should be used as a guideline and should be double checked for accuracy.
Staff View
Grouped Work ID:
65fa89fb-8fb4-c744-eddd-a6deefef0315
Go To GroupedWork 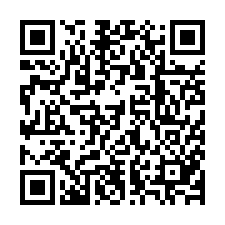