A walk down the aisle, a resort hotel, a drink on the beach...for these unlucky couples, the honeymoon's over.

A newlywed couple steps into the sauna in their deluxe honeymoon suite--and never steps out again. When another couple is killed while boarding their honeymoon flight to Rome, it becomes clear that someone is targeting honeymooners, and it's anyone's guess which happy couple is next on the list.

FBI Agent John O'Hara is deep into solving the case, while Special Agent Sarah Brubaker is hunting another ingenious serial killer, whose victims all have one chilling thing in common.

As wedding hysteria rises to a frightening new level, John and Sarah work ever more closely together in a frantic attempt to decipher the logic behind two rampages. SECOND HONEYMOON is James Patterson's most mesmerizing, most exciting, and most surprising thriller ever.

Note! Citation formats are based on standards as of July 2010. Citations contain only title, author, edition, publisher, and year published. Citations should be used as a guideline and should be double checked for accuracy.
Staff View
Grouped Work ID:
d7254361-50f0-b4a8-b013-e860844467af
Go To GroupedWork 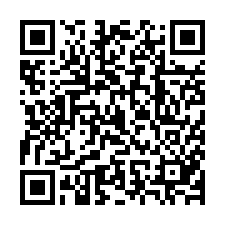