Description
NEW YORK TIMES BESTSELLER
From Edward Rutherfurd, the grand master of the historical novel, comes a dazzling epic about the magnificent city of Paris. Moving back and forth in time, the story unfolds through intimate and thrilling tales of self-discovery, divided loyalty, and long-kept secrets. As various characters come of age, seek their fortunes, and fall in and out of love, the novel follows nobles who claim descent from the hero of the celebrated poem The Song of Roland; a humble family that embodies the ideals of the French Revolution; a pair of brothers from the slums behind Montmartre, one of whom works on the Eiffel Tower as the other joins the underworld near the Moulin Rouge; and merchants who lose everything during the reign of Louis XV, rise again in the age of Napoleon, and help establish Paris as the great center of art and culture that it is today. With Rutherfurd’s unrivaled blend of impeccable research and narrative verve, this bold novel brings the sights, scents, and tastes of the City of Light to brilliant life.
Praise for Paris
“A tour de force . . . [Edward Rutherfurd’s] most romantic and richly detailed work of fiction yet.”—Bookreporter
“Fantastic . . . as grand and engrossing as Paris itself.”—Historical Novels Review
“This saga is filled with historical detail and a huge cast of characters, fictional and real, spanning generations and centuries. But Paris, with its art, architecture, culture and couture, is the undisputed main character.”—Fort Worth Star-Telegram
“Both Paris, the venerable City of Light, and Rutherfurd, the undisputed master of the multigenerational historical saga, shine in this sumptuous urban epic.”—Booklist
“There is suspense, intrigue and romance around every corner.”—Asbury Park Press
Also in This Series

Note! Citation formats are based on standards as of July 2010. Citations contain only title, author, edition, publisher, and year published. Citations should be used as a guideline and should be double checked for accuracy.
Staff View
Grouped Work ID:
83cacee3-cc6b-4e7a-2932-6b9557f97d43
Go To GroupedWork 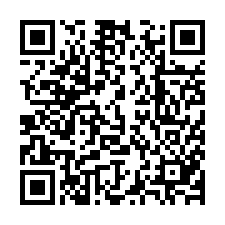