After the discovery of Alta California, the Spanish Crown charged the first Franciscan friars to enter into the New World through Lower Baja, with a succession of conquistadors, explorers, and soldiers, on a trail called El Camino Real or "The Royal Road." The settlement began in 1769 at Mission San Diego de Alcalá, a new port and military presidio with buildings of mud, brushwood, and tule grass. Fr. Junípero Serra, the legendary mission presidente and founding father of nine missions, traveled along a worn path lined today by symbolic bell markers leading to many remarkable, modern cities. After 1772, settlements were spread to California's central coast region, filling with native neophytes who became the residents and builders of all mission settlements. The Spanish missions had brought dramatic changes to California's landscape and forged the underpinnings of its earliest history, founded serendipitously with the American Revolution and birth of the United States.

Copies
Location
Call Number
Status
Sacramento Room
979.4 B442 2013 CAL
Library Use Only
More Like This

Note! Citation formats are based on standards as of July 2010. Citations contain only title, author, edition, publisher, and year published. Citations should be used as a guideline and should be double checked for accuracy.
Staff View
Grouped Work ID:
223bc6cc-4899-0256-35bf-3b3f781ce7bd
Go To GroupedWork 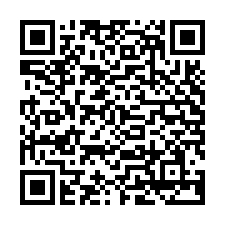