Description
One of the greatest works of philosophy, political theory, and literature ever produced, Plato's Republic has shaped Western thought for thousands of years and remains as relevant today as when it was written during the fourth century B.C. Republic begins by posing a central question: "What is justice, and why should we be just, especially when the wicked often seem happier and more successful?" For Plato, the answer lies with the ways people, groups, and institutions organize and behave. A brilliant inquiry into the problems of constructing the perfect state and the roles education, the arts, family, and religion should play in our lives, Republic employs picturesque settings, sharply outlined characters, and conversational dialogue to drive home the philosopher's provocative arguments.
Also in This Series

Note! Citation formats are based on standards as of July 2010. Citations contain only title, author, edition, publisher, and year published. Citations should be used as a guideline and should be double checked for accuracy.
Staff View
Grouped Work ID:
9d436097-4aea-52fd-b522-46a2883a221d
Go To GroupedWork 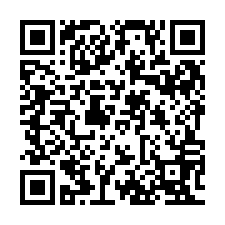