Description
The Glass Castle meets The Battle Hymn of the Tiger Mother in this dazzlingly honest and provocative family memoir by former child actress and current Fox Business Network anchor Melissa Francis.
When Melissa Francis was eight years old, she won the role of lifetime: playing Cassandra Cooper Ingalls, the little girl who was adopted with her brother (played by young Jason Bateman) by the Ingalls family on the world's most famous primetime soap opera, Little House on the Prairie. Despite her age, she was already a veteran actress, living a charmed life, moving from one Hollywood set to the next. But behind the scenes, her success was fueled by the pride, pressure, and sometimes grinding cruelty of her stage mother, as fame and a mother's ambition pushed her older sister deeper into the shadows.
Diary of a Stage Mother's Daughter is a fascinating account of life as a child star in the 1980's, and also a startling tale of a family under the care of a highly neurotic, dangerously competitive "tiger mother." But perhaps most importantly, now that Melissa has two sons of her own, it's a meditation on motherhood, and the value of pushing your children: how hard should you push a child to succeed, and at what point does your help turn into harm?
Also in This Series

Note! Citation formats are based on standards as of July 2010. Citations contain only title, author, edition, publisher, and year published. Citations should be used as a guideline and should be double checked for accuracy.
Staff View
Grouped Work ID:
f256bb97-3551-ef86-68a5-86337b3e81d5
Go To GroupedWork 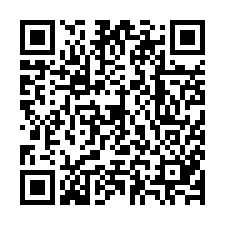