A renowned authority on the secret world of opium recounts his descent into ruinous obsession with one of the world’s oldest and most seductive drugs, in this harrowing memoir of addiction and recovery.

A natural-born collector with a nose for exotic adventure, San Diego–born Steven Martin followed his bliss to Southeast Asia, where he found work as a freelance journalist. While researching an article about the vanishing culture of opium smoking, he was inspired to begin collecting rare nineteenth-century opium-smoking equipment. Over time, he amassed a valuable assortment of exquisite pipes, antique lamps, and other opium-related accessories—and began putting it all to use by smoking an extremely potent form of the drug called chandu. But what started out as recreational use grew into a thirty-pipe-a-day habit that consumed Martin’s every waking hour, left him incapable of work, and exacted a frightful physical and financial toll. In passages that will send a chill up the spine of anyone who has ever lived in the shadow of substance abuse, Martin chronicles his efforts to control and then conquer his addiction—from quitting cold turkey to taking “the cure” at a Buddhist monastery in the Thai countryside.

At once a powerful personal story and a fascinating historical survey, Opium Fiend brims with anecdotes and lore surrounding the drug that some have called the methamphetamine of the nineteenth-century. It recalls the heyday of opium smoking in the United States and Europe and takes us inside the befogged opium dens of China, Thailand, Vietnam, and Laos. The drug’s beguiling effects are described in vivid detail—as are the excruciating pains of withdrawal—and there are intoxicating tales of pipes shared with an eclectic collection of opium aficionados, from Dutch dilettantes to hard-core addicts to world-weary foreign correspondents.

A compelling tale of one man’s transformation from respected scholar to hapless drug slave, Opium Fiend puts us under opium’s spell alongside its protagonist, allowing contemporary readers to experience anew the insidious allure of a diabolical vice that the world has all but forgotten.
Also in This Series

Note! Citation formats are based on standards as of July 2010. Citations contain only title, author, edition, publisher, and year published. Citations should be used as a guideline and should be double checked for accuracy.
Staff View
Grouped Work ID:
abbd9367-504e-25a8-bb91-0757f45d18f1
Go To GroupedWork 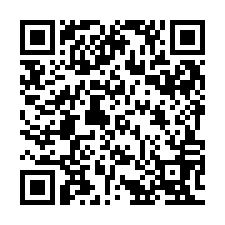