Man of constant sorrow: my life and times
(Book)

Description
A giant of American music opens the book on his wrenching professional and personal journeys, paying tribute to the vanishing Appalachian culture that gave him his voice. He was there at the beginning of bluegrass. Yet his music, forged in the remote hills and hollows of Southwest Virginia, has even deeper roots. In Man of Constant Sorrow, Dr. Ralph Stanley gives a surprisingly candid look back on his long and incredible career as the patriarch of old-time mountain music. Marked by Dr. Ralph Stanley?s banjo picking, his brother Carter?s guitar playing, and their haunting and distinctive harmonies, the Stanley Brothers began their career in 1946 and blessed the world of bluegrass with hundreds of classic songs, including ?White Dove,? ?Rank Stranger,? and what has become Dr. Ralph?s signature song, ?Man of Constant Sorrow.? Carter died in 1966 after years of alcohol abuse, but Dr. Ralph Stanley carried on and is still at the top of his game, playing to audiences across the country today at age eighty-one. Rarely giving interviews, he now grants fans the book they have been waiting for, filled with frank recollections, from his boyhood of dire poverty in the Appalachian coalfields to his early musical success with his brother, to years of hard traveling on the road with the Clinch Mountain Boys, to the recent, jubilant revival of a sound he helped create. The story of how a musical art now popular around the world was crafted by two brothers from a dying mountain culture, Man of Constant Sorrow captures a life harmonized with equal measures of tragedy and triumph.
Also in This Series

Note! Citation formats are based on standards as of July 2010. Citations contain only title, author, edition, publisher, and year published. Citations should be used as a guideline and should be double checked for accuracy.
Staff View
Grouped Work ID:
10a95aa2-bf35-52f4-1019-6fd938cf802f
Go To GroupedWork 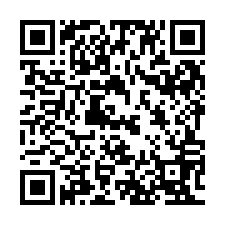