Irish immigrant and PI Molly Murphy is thrilled to have a ticket to the theater to see a trio of illusionists that are all the rage. Indeed, headlining is Harry Houdini, the most sensational of them all; he has just returned from entertaining European kings and queens for a brief run on Broadway.

But before Houdini can even take the stage, the opening act goes horribly wrong and to the crowd's shock the illusionist saws into his assistant. In the aftermath, the stunned performer accuses Houdini of tampering with the equipment he keeps under lock and key. And he's not the only one critical of "The King of Handcuffs." Risking his life every night, Houdini has raised the stakes to such a perilous level that he's putting lesser acts out of business.

With everyone on edge, Houdini's wife hires Molly to be part investigator/part bodyguard, but how can she protect a man who literally risks his life every night? And how is she going to uncover whether these masters of illusion are simply up to their tricks or if there truly is something much more treacherous going on.

Note! Citation formats are based on standards as of July 2010. Citations contain only title, author, edition, publisher, and year published. Citations should be used as a guideline and should be double checked for accuracy.
Staff View
Grouped Work ID:
a2c7c3c3-aba4-c8af-a4cb-c0bd44b4c489
Go To GroupedWork 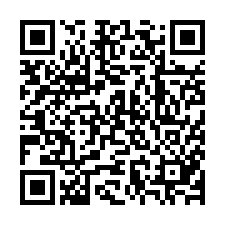