Description
Experience World War 2 through the eyes of two very different women in this captivating New York Times bestseller by the author of The Guest Book.
“A beautifully written, thought-provoking novel.”—Kathryn Stockett, #1 New York Times bestselling author of The Help
In 1940, Iris James is the postmistress in coastal Franklin, Massachusetts. Iris knows more about the townspeople than she will ever say, and believes her job is to deliver secrets. Yet one day she does the unthinkable: slips a letter into her pocket, reads it, and doesn't deliver it.
Meanwhile, Frankie Bard broadcasts from overseas with Edward R. Murrow. Her dispatches beg listeners to pay heed as the Nazis bomb London nightly. Most of the townspeople of Franklin think the war can't touch them. But both Iris and Frankie know better...
The Postmistress is a tale of two worlds-one shattered by violence, the other willfully naïve—and of two women whose job is to deliver the news, yet who find themselves unable to do so. Through their eyes, and the eyes of everyday people caught in history's tide, it examines how stories are told, and how the fact of war is borne even through everyday life.
Also in This Series

Note! Citation formats are based on standards as of July 2022. Citations contain only title, author, edition, publisher, and year published. Citations should be used as a guideline and should be double checked for accuracy.
Staff View
Grouped Work ID:
1c7c34ed-bb4e-1a38-0e6c-22f37bf71923
Go To GroupedWork 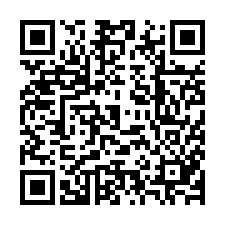