The wings of the Sphinx
(Book)

Description
"You either love Andrea Camilleri or you haven't read him yet. Each novel in this wholly addictive, entirely magical series, set in Sicily and starring a detective unlike any other in crime fiction, blasts the brain like a shot of pure oxygen. Aglow with local color, packed with flint-dry wit, as fresh and clean as Mediterranean seafood — altogether transporting. Long live Camilleri, and long live Montalbano." A.J. Finn, #1 New York Times bestselling author of The Woman in the Window Things are not going well for Inspector Salvo Montalbano. His relationship with Livia is once again on the rocks and—acutely aware of his age—he is beginning to grow weary of the endless violence he encounters. Then a young woman is found dead, her face half shot off and only a tattoo of a sphinx moth giving any hint of her identity. The tattoo links her to three similarly marked girls-all victims of the underworld sex trade-who have been rescued from the Mafia night-club circuit by a prominent Catholic charity. The problem is, Montalbano's inquiries elicit an outcry from the Church and the three other girls are all missing.
Also in This Series

Note! Citation formats are based on standards as of July 2010. Citations contain only title, author, edition, publisher, and year published. Citations should be used as a guideline and should be double checked for accuracy.
Staff View
Grouped Work ID:
482acc46-4eb9-e38c-3c5d-c4a2c461e623
Go To GroupedWork 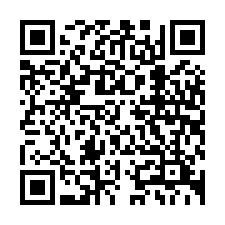