Island of exiles: a mystery of early Japan
(Book)

In I.J. Parker's newest mystery set in eleventh-century Japan, Akitada disguises himself as a prisoner to solve the, murder of a prince As her audience grows with each evocative historical thriller featuring Sugawara Akitada, I. J. Parker returns with a gripping tale of political intrigue and cold-blooded murder in ancient Japan. When the exiled Prince Okisada, the most illustrious prisoner of the penal colony on Sado Island, is poisoned, Akitada is called upon by the emperor's envoys to investigate incognito. Posing as a prisoner, he discovers a deadly conspiracy, only to fall into the hands of brutal guards and disappear. It falls to Tora, Akitada's devoted assistant, to begin his own dangerous search of the island for his lost friend and the truth.

Note! Citation formats are based on standards as of July 2010. Citations contain only title, author, edition, publisher, and year published. Citations should be used as a guideline and should be double checked for accuracy.
Staff View
Grouped Work ID:
b3bf106e-3408-71ad-cc6a-b95fd025dc45
Go To GroupedWork 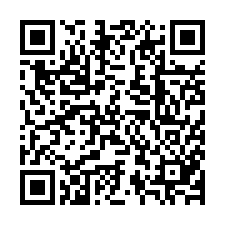