The "epic" novel of violence and vengeance in the American West—and the basis for John Ford's classic film starring John Wayne (Kirkus Reviews). Film director John Ford's The Searchers defined the spirit of America, influenced a generation of filmmakers, and was named the Greatest Western Movie of All Time by the American Film Institute. Now, experience the original story—a timeless work of vivid, raw western fiction and a no-holds-barred portrait of the American frontier. From the moment they left their homestead unguarded on that scorching Texas day, Martin Pauley and Amos Edwards became searchers. First, they had to return to the decimated ranch, bury the bodies of their family, and confront the evil cunning of the Comanche who had slaughtered them. Then the pair set out in pursuit of missing Debbie Edwards. In the years that followed, Pauley and Edwards would endure storms of nature and of men, both of them seeking more than a missing girl—and more than revenge. Driven by secrets, guilt, love, and rage, and defying the dangers all around them, the two men would become a frontier legend, searching for the one moment . . . the one last battle . . . that will finally set them free. In this "drama of stubborn courage . . . to which the prose lends a matching stature," Alan LeMay crafted one of the most enduring western tales ever—and inspired a work of cinematic genius that still stands to this day (Kirkus Reviews).

Copies
Location
Call Number
Status
Fair Oaks
WESTERN Le May, A.
On Shelf
More Like This

Note! Citation formats are based on standards as of July 2010. Citations contain only title, author, edition, publisher, and year published. Citations should be used as a guideline and should be double checked for accuracy.
Staff View
Grouped Work ID:
223b91d2-2f1f-7955-97ba-cda9f76871e1
Go To GroupedWork 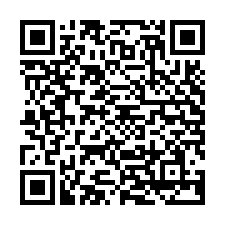