Terra incognita: a novel of the Roman Empire
(Book)

It is spring in the year of 118, and Hadrian has been Emperor of Rome for less than a year. After getting involved with the murders of local prostitutes in the town of Deva, Doctor Gaius Petreius Ruso needs to get out of town, so has volunteered for a posting with the Army on the volatile border where the Roman-controlled half of Britannia meets the independent tribes of the North. Not only is he going to the hinterlands of the hinterlands, but it his slave Tilla's homeland and she has some scores to settle there. Soon they find that Tilla's tribespeople are being encouraged to rebel against Roman control by a mysterious leader known as the Stag Man, and her former lover is implicated in the grisly murder of a soldier. Ruso, unwillingly involved in the investigation of the murder, is appalled to find that Tilla is still spending time with the lover. Worse, he is honour bound to try to prove the man innocent—and the Army wrong—by finding another suspect. Soon both Ruso's and Tilla's lives are in jeopardy, as is the future of their burgeoning romantic relationship.

"This book, which is even better than the first, opens with the pair headed to northern outposts, where Ruso hopes to gain some advancement...This is a terrific series that historical mystery fans shouldn't miss..." —Globe and Mail (Toronto)

Downie, Ruth, 1955-. 2008. Terra Incognita: A Novel of the Roman Empire. New York: Bloomsbury : Distributed to the trade by Macmillan.

Downie, Ruth, 1955-, Terra Incognita: A Novel of the Roman Empire. New York: Bloomsbury : Distributed to the trade by Macmillan, 2008.

Note! Citation formats are based on standards as of July 2010. Citations contain only title, author, edition, publisher, and year published. Citations should be used as a guideline and should be double checked for accuracy.
Staff View
Grouped Work ID:
b36643eb-b534-c9eb-6cc3-2a2e7bae9d0e
Go To GroupedWork 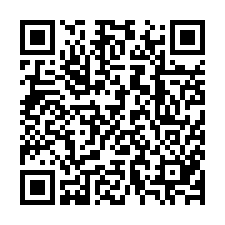