The wandering ghost: a novel
(Book)

Description
Praise for Martin Limón:
“It’s great to have these two mavericks back. . . . Mr. Limón writes with . . . wonderful, bleak humor, edged in pain, about GI life.”—The New York Times Book Review
“Limón’s crisp, clear storytelling opens a door to another world and leaves one hoping the next installment won’t be so long in arriving.”—The Baltimore Sun
“Limón has the military lingo and ambience down to a T. Plot, pacing, and plausibility are just about perfect.”—The Philadelphia Inquirer (editor’s choice)
“As usual, Limón paints a picture of Korea in the mid-1970s that is so detailed and richly atmospheric that the reader’s senses are flooded with the sounds, smells, and tastes of the place. Fans of the Sueño-Bascom series, who have been waiting eagerly for a new novel, can relax. It was well worth the wait.”—Booklist (starred review)
The only female MP assigned to a base in the DMZ is missing. Has she been abducted, killed, or, possibly, gone AWOL? Eighth Army cops George Sueño and Ernie Bascom, sent to find her, discover a murder that has been concealed, rampant black marketeering and corruption, crooked officers, rioting Korean civilians, and the wandering ghost of a schoolgirl run down by a speeding army truck. It is up to them to right egregious wrongs while being pursued by criminals who want to kill them.
Martin Limón is the author of four earlier books in the Sueño-Bascom series. His debut, Jade Lady Burning, was a New York Times Notable Book.
Also in This Series

Note! Citation formats are based on standards as of July 2010. Citations contain only title, author, edition, publisher, and year published. Citations should be used as a guideline and should be double checked for accuracy.
Staff View
Grouped Work ID:
b915ee93-d244-b1eb-8e01-d6c43cdb8987
Go To GroupedWork 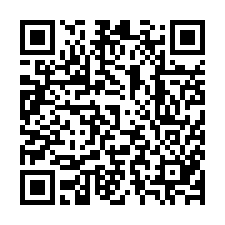