Law professor Natalie Greco's life is going according to plan, with a boyfriend handpicked by her father and tenure status only a review board away. Then, during a visit to a prison with her colleague Angus, a riot explodes. Rushing to the aid of a fatally wounded prison guard, Nat is privy to his last words—words that, unknown to Nat, can unlock the key to a dangerous conspiracy.

Suddenly Nat, A Girl Who Always Plays By The Rules, finds threats around every curve: ruthless killers desperate to keep her from exposing their secret; police who are convinced she is responsible for a cold-blooded murder; and sexy Angus, whose mere presence makes her question her dedication to her long-term boyfriend.

With her life on the line, her career in the balance, and her boyfriend on hold, Nat has to go into hiding to buy enough time to figure out the hidden secrets behind one man's last words.

Note! Citation formats are based on standards as of July 2010. Citations contain only title, author, edition, publisher, and year published. Citations should be used as a guideline and should be double checked for accuracy.
Staff View
Grouped Work ID:
85a8a132-466a-f9a1-4035-6cf86d30c91a
Go To GroupedWork 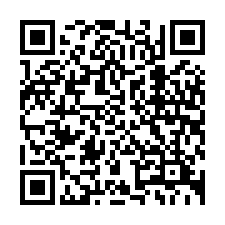