A corpse in the Koryo
(Book)

Against the backdrop of a totalitarian North Korea, one man unwillingly uncovers the truth behind series of murders, and wagers his life in the process.
Sit on a quiet hillside at dawn among the wildflowers; take a picture of a car coming up a deserted highway from the south. Simple orders for Inspector O, until he realizes they have led him far, far off his department's turf and into a maelstrom of betrayal and death. North Korea's leaders are desperate to hunt down and eliminate anyone who knows too much about a series of decades-old kidnappings and murders—-and Inspector O discovers too late he has been sent into the chaos.
This is a world where nothing works as it should, where the crimes of the past haunt the present, and where even the shadows are real. A corpse in Pyongyang's main hotel—-the Koryo—-pulls Inspector O into a confrontation of bad choices between the devils he knows and those he doesn't want to meet. A blue button on the floor of a hotel closet, an ice blue Finnish lake, and desperate efforts by the North Korean leadership set Inspector O on a journey to the edge of a reality he almost can't survive.
Like Philip Kerr's Berlin Noir trilogy and the Inspector Arkady Renko novels, A Corpse in the Koryo introduces another unfamiliar world, a perplexing universe seemingly so alien that the rules are an enigma to the reader and even, sometimes, to Inspector O. Author James Church weaves a story with beautifully spare prose and layered descriptions of a country and a people he knows by heart after decades as an intelligence officer. This is a chilling portrayal that, in the end, leaves us wondering if what at first seemed unknowable may simply be too familiar for comfort.

Note! Citation formats are based on standards as of July 2010. Citations contain only title, author, edition, publisher, and year published. Citations should be used as a guideline and should be double checked for accuracy.
Staff View
Grouped Work ID:
e901d56b-42a2-d9b2-67b7-e556b7b4f437
Go To GroupedWork 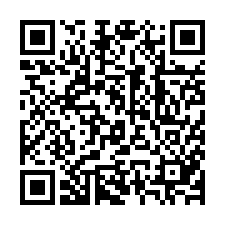