Maisie Dobbs investigates the mysterious death of a controversial artist—and World War I veteran—in the fourth entry in the bestselling series from Jacqueline Winspear, Messenger of Truth.
London, 1931. The night before an exhibition of his artwork opens at a famed Mayfair gallery, the controversial artist Nick Bassington-Hope falls to his death. The police rule it an accident, but Nick's twin sister, Georgina, a wartime journalist and a infamous figure in her own right, isn't convinced.
When the authorities refuse to consider her theory that Nick was murdered, Georgina seeks out a fellow graduate from Girton College, Maisie Dobbs, psychologist and investigator, for help. Nick was a veteran of World War I, and before long the case leads Maisie to the desolate beaches of Dungeness in Kent, and into the sinister underbelly of the city's art world.
Maisie once again uncovers the perilous legacy of the Great War in a society struggling to recollect itself. But to solve the mystery of Nick's death, Maisie will have to keep her head as the forces behind the artist's fall come out of the shadows to silence her.
Following on the bestselling Pardonable Lies, Jacqueline Winspear delivers another vivid, thrilling, and utterly unique episode in the life of Maisie Dobbs.

Note! Citation formats are based on standards as of July 2022. Citations contain only title, author, edition, publisher, and year published. Citations should be used as a guideline and should be double checked for accuracy.
Staff View
Grouped Work ID:
98d1cc5e-c066-3e3b-f755-94f70a93ff92
Go To GroupedWork 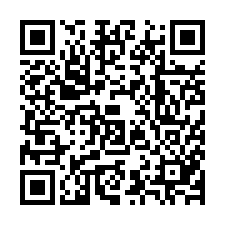