Description
“Naomi Novik has done for the Napoleonic Wars what Anne McCaffrey did for science fiction: constructed an alternate reality in which dragons are real in a saga that is impressively original, fully developed, and peopled with characters you care about.”—David Weber, author of the Honor Harrington series After their fateful adventure in China, Capt. Will Laurence of His Majesty’ s Aerial Corps and his extraordinary dragon, Temeraire, are waylaid by a mysterious envoy bearing urgent new orders from Britain. Three valuable dragon eggs have been purchased from the Ottoman Empire, and Laurence and Temeraire must detour to Istanbul to escort the precious cargo back to England. Time is of the essence if the eggs are to be borne home before hatching. Yet disaster threatens the mission at every turn–thanks to the diabolical machinations of the Chinese dragon Lien, who blames Temeraire for her master’s death and vows to ally herself with Napoleon and take vengeance. Then, faced with shattering betrayal in an unexpected place, Laurence, Temeraire, and their squad must launch a daring offensive. But what chance do they have against the massed forces of Bonaparte’s implacable army?BONUS: This edition includes an excerpt from Naomi Novik's Empire of Ivory.“A splendid series.”—Anne McCaffrey
Also in This Series

Note! Citation formats are based on standards as of July 2010. Citations contain only title, author, edition, publisher, and year published. Citations should be used as a guideline and should be double checked for accuracy.
Staff View
Grouped Work ID:
5a5d3029-b208-c3c1-379d-0ac1d3d72e69
Go To GroupedWork 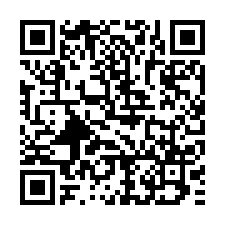