Truth and consequences: a novel
(Book)

Over the years, Alison Lurie has earned a devoted readership for her satiric wit and storytelling acumen. With Truth and Consequences, described by the New Yorker as "a comedy of adultery with a comedy of academia thrown in," Lurie returns with a modern social satire that recalls the best of David Lodge and Mary McCarthy as well as her own popular university novels The War Between the Tates and Foreign Affairs. BACKCOVER: "A wily, shapely tale of love's labors lost." -Elle "A wry, insightful, thoroughly enjoyable tale about how men and women choose their demons and their lovers, and the sacrifices they're willing to make for both." -The Atlanta Journal-Constitution "Delightful . . . Her characters are, as always, wonderfully imperfect." -The New York Review of Books

Note! Citation formats are based on standards as of July 2010. Citations contain only title, author, edition, publisher, and year published. Citations should be used as a guideline and should be double checked for accuracy.
Staff View
Grouped Work ID:
73231cf2-0cc9-e58f-9fce-82d14eed8b29
Go To GroupedWork 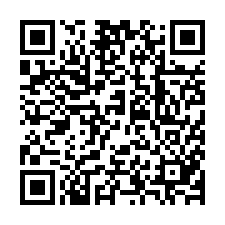