Description
"Rich and psychologically astute . . . refracts the life of an upper-middle-class English family . . . through the prism of a single, scandalous affair." —Publishers Weekly (starred review)
Prominent lawyer Alistair Langford has worked hard to achieve his immense ambitions, but in the course of just one evening he recklessly destroys everything. The scandal threatens his marriage and exposes a secret he has hidden his entire adult life.
Meanwhile, his son Luke, who has led a privileged life but also has worked hard to achieve his own success, has fallen in love with a beautiful actress. When she suddenly leaves him, he plummets into a dangerous depression. His ideals in tatters, he seeks a kind of redemption by taking in two asylum seekers from Kosovo, whose struggles contrast starkly and poignantly with his own.
A deftly plotted, highly suspenseful, and astutely observed morality tale, Exposure explores the dangerous pleasure of offering charity, the effects of deceit and shame on a rigidly complacent family, and the nature of love among family and friends.
"A rich, deep and mesmerizing novel that simultaneously projects a sense of casual grace and of inexorability." —Jay McInerney
"An unapologetic love story, reminding us first of our fragility and then of the ability to forgive." —Entertainment Weekly
"Class consciousness, sexual obsession, and familial issues make for queasy yet engaging bedfellows in Exposure . . . Stevenson writes with a careful grace, and an emotional honesty that is wise well beyond her 28 years." —New York Post
"[Exposure] confirms the young English author's uncanny flair for psychological plots." —Vogue

Note! Citation formats are based on standards as of July 2022. Citations contain only title, author, edition, publisher, and year published. Citations should be used as a guideline and should be double checked for accuracy.
Staff View
Grouped Work ID:
144a07dc-d1bb-906b-f550-621b9a0366e5
Go To GroupedWork 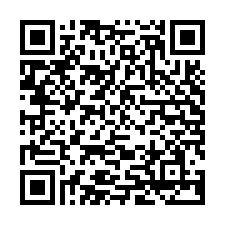