Description
THE FIRST NOVEL IN PHILIP KERR'S ACCLAIMED HISTORICAL MYSTERY SERIES When private investigator Bernie Gunther agrees to track down some stolen jewels, his search takes him down the dangerous streets of pre-World War 2 Berlin and into the path of the most influential players in Nazi Germany... Wisecracking cop turned private investigator Bernie Gunther specializes in missing persons, and as the Third Reich's power has grown, Bernie has become a very busy man. But as he takes on cases involving millionaire industrialists, stolen diamonds, and Hitler's most powerful cronies, Bernie finds himself mired in the brutality and corruption of a country on the brink of war.Hard-hitting, fast-paced, and richly detailed, March Violets is noir writing at its blackest and best.
Also in This Series

Note! Citation formats are based on standards as of July 2010. Citations contain only title, author, edition, publisher, and year published. Citations should be used as a guideline and should be double checked for accuracy.
Staff View
Grouped Work ID:
2105af29-9a61-a07f-17c5-1b79e90c6100
Go To GroupedWork 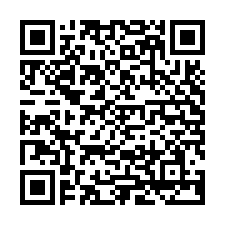