Description
Detective Commissario Guido Brunetti has been called to investigate a parent's worst nightmare. A young cadet has been found hanged, a presumed suicide, in Venice's elite military academy. Brunetti's sorrow for the boy, so close in age to his own son, is rivaled only by his contempt for a community that is more concerned with protecting the reputation of the school, and its privileged students, than understanding this tragedy. The young man is the son of a doctor and former politician-a man of impeccable integrity, all too rare in politics. Dr. Moro is clearly devastated; but while both he and his apparently estranged wife seem convinced that the boy's death could not have been suicide, neither appears eager to talk to the police or involve Brunetti in any investigation of the circumstances in which he died. As Brunetti pursues his inquiry, he is faced with a wall of silence. Is the military protecting its own? And what of the other witnesses? Is this the natural reluctance of Italians to involve themselves with the authorities, or is Brunetti facing a conspiracy far greater than this one death?
Also in This Series

Note! Citation formats are based on standards as of July 2010. Citations contain only title, author, edition, publisher, and year published. Citations should be used as a guideline and should be double checked for accuracy.
Staff View
Grouped Work ID:
3335ab40-4913-04f0-7484-0de313285b35
Go To GroupedWork 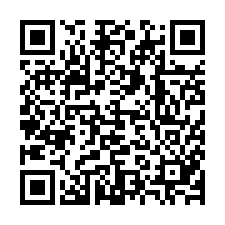