From the New York Times bestselling author of the Billionaire Bad Boys series comes the conclusion to the hilarious Chandler Brothers series.

As the eldest of three rebel-rousing brothers, Chase Chandler has waited a long time to leave his small-town roots behind. All bets are off when the single journalist meets a redhead who arouses a lot more than lust. Yet Sloane Carlisle isn't just any woman. She's a senator's daughter who is about to thrust him into the eye of a breaking political scandal-and a shot at a story that's already making headlines. All Chase has to do for an exclusive is keep her out of harm's way.
A woman who refuses to play the Washington game, Sloane has just been hit with a bombshell that calls her entire identity into question. Feeling vulnerable, she does something completely out of character: She spends an incredible, passionate night with a handsome stranger. The last thing she expects is to ever see him again. But when she goes to the Chandlers' hometown of Yorkshire Falls to uncover the truth about her family, there he is! Not only that, her sometime amour Chase Chandler is sticking closer than a Capitol Hill groupie and igniting more sparks than the Fourth of July.
Suddenly a guy who has always steered clear of marriage is falling for a serious-minded woman with a family secret that could land them both in danger. If they survive the fallout, what will it take to get Sloane to say the two words that could turn the town's most eligible bachelor into the world's sexiest spouse?

Note! Citation formats are based on standards as of July 2010. Citations contain only title, author, edition, publisher, and year published. Citations should be used as a guideline and should be double checked for accuracy.
Staff View
Grouped Work ID:
46aa1087-3e69-cd4d-f4b8-27a3ef73224b
Go To GroupedWork 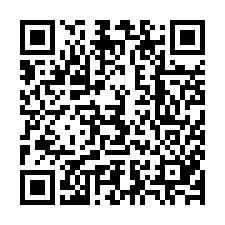