Description
The sequel to Sharon Kay Penman's acclaimed novel When Christ and His Saints Slept, Time and Chance recounts the tempestuous marriage of Eleanor of Aquitaine and Henry II in a magnificent story of love, power, ambition, and betrayal. He was nineteen when they married, she eleven years his senior, newly divorced from the King of France. She was beautiful, headstrong, intelligent, and rich. It was said he was Fortune's favorite, but he said a man makes his own luck. Within two years, Henry had made his, winning the throne of England and exercising extraordinary statecraft skills to control his unruly barons, expand his own powers, and restore peace to a land long torn by banditry and bloodshed. Only in one instance did Henry err: Elevating his good friend and confidant Thomas Becket to be Archbishop of Canterbury, he thought to gain control over the Church itself. But the once worldly Becket suddenly discovered God, and their alliance withered in the heat of his newfound zeal. What Becket saw as a holy mission-to protect the Church against State encroachments-Henry saw as arrant betrayal, and they were launched inevitably on the road to murder. Rich in character and color, true to the historical details, sensitive to the complex emotions of these men and women, Time and Chance recreates their story with all the drama, pain, and passion of the moment.
Also in This Series

Note! Citation formats are based on standards as of July 2010. Citations contain only title, author, edition, publisher, and year published. Citations should be used as a guideline and should be double checked for accuracy.
Staff View
Grouped Work ID:
fd22f6f8-7742-6203-8ea1-1eae80fa0866
Go To GroupedWork 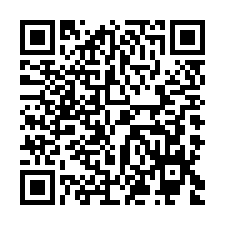