Catalog The child of the Holy Grail / »  Book »

The child of the Holy Grail
(Book)

Description
Last in a line of proud queens elected to rule the fertile lands of the West, true owner of the legendary Round Table, guardian of the Great Goddess herself . . . a woman whose story has never been told—until now.

Brokenhearted at her parting from Lancelot and anguished over the loss of the sacred Hallows of the Goddess, Guenevere reconciles with Arthur. But their fragile peace is threatened by a new presence at Camelot. Mordred, Arthur’s son by Morgan Le Fay, has come to be proclaimed heir to Guenevere and Arthur’s kingdoms. At his knighting, the great Round Table, owned by the Queens of the Summer Country since time immemorial, cracks down the center and a terrible darkness falls over Camelot. In the midst of the chaos appears a new knight, Sir Galahad, who may hold the key to the mystery of the stolen Hallows. His arrival sets into motion the Quest for the Holy Grail and the fall of Camelot, which brings Guenevere to the brink of the most dreaded tragedy of all . . . and may ultimately fulfill her destiny as the greatest Queen of the Isles.

Available now, Guenevere, Queen of the Summer Country and The Knight of the Sacred Lake, Books 1 and 2 of the Guenevere Trilogy. Coming in July 2002, Isolde, Queen of the Western Isle, the First Book of the Tristan and Isolde Trilogy
Also in This Series

Note! Citation formats are based on standards as of July 2010. Citations contain only title, author, edition, publisher, and year published. Citations should be used as a guideline and should be double checked for accuracy.
Staff View
Grouped Work ID:
c91558c3-8723-5dbf-a8e3-cf2b3d6c7748
Go To GroupedWork 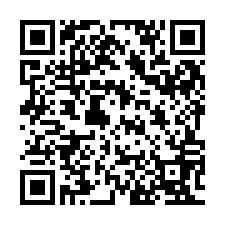