A tree grows in Brooklyn: a novel
(Book)

Description
Serene was a word you could put to Brooklyn, New York. Especially in the summer of 1912. Somber, as a word, was better. But it did not apply to Williamsburg, Brooklyn. Prairie was lovely and Shenandoah had a beautiful sound, but you couldn't fit those words into Brooklyn. Serene was the only word for it; especially on a Saturday afternoon in summer. Late in the afternoon the sun slanted down into the mossy yard belonging to Francie Nolan's house, and warmed the worn wooden fence. Looking at the shafted sun, Francie had that same fine feeling that came when she recalled the poem they recited in school. This is the forest primeval. The murmuring pines and the hemlocks, Bearded with moss, and in garments green, indistinct in the twilight, Stand like Druids of eld. The one tree in Francie's yard was neither a pine nor a hemlock. It had pointed leaves which grew along green switches which radiated from the bough and made a tree which looked like a lot of opened green umbrellas. Some people called it the Tree of Heaven. No matter where its seed fell, it made a tree which struggled to reach the sky. It grew in boarded-up lots and out of neglected rubbish heaps and it was the only tree that grew out of cement. It grew lushly, but only in the tenements districts.
Also in This Series

Note! Citation formats are based on standards as of July 2010. Citations contain only title, author, edition, publisher, and year published. Citations should be used as a guideline and should be double checked for accuracy.
Staff View
Grouped Work ID:
c4f845e2-6faf-2fae-2c8d-699a4927c76a
Go To GroupedWork 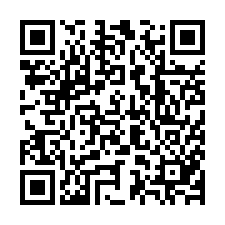