Description
Some bodies just won't stay buried . . ."For readers longing to be in 1890s London, Perry's tales are just the ticket" (Chicago Tribune).
Lord Fitzroy-Hammond of Resurrection Row has been dead and buried three weeks when he turns up sitting atop a hansom cab. Grave robbing, though a crime, isn't Inspector Thomas Pitt's usual fare. But when the macabre joke is repeated, and the man's corpse is found sitting in the family pew the Sunday following his second interment, Pitt begins to wonder if perhaps there's some message in it. The case grows increasingly bizarre as other disinterred bodies appear. A new mother, Charlotte Pitt only takes a cursory interest in the grave robbing case until she hears Thomas mention the name of her late sister's husband, Dominic Corde, as a possible suspect. As Pitt follows leads into the slums and rookeries, Charlotte, too, is drawn into the politics and horrors of greed and exploitation. For Pitt and Charlotte, what begins as a mysterious case of musical corpses, becomes a deadly pursuit through the London underworld of pornographic photographers, brothels, and sweatshops.
Also in This Series

Note! Citation formats are based on standards as of July 2010. Citations contain only title, author, edition, publisher, and year published. Citations should be used as a guideline and should be double checked for accuracy.
Staff View
Grouped Work ID:
df5ca52d-0d3a-c92d-7eb0-d03248aa34a6
Go To GroupedWork 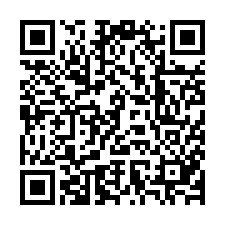