Description
A Newbery Honor book inspired by the true story of a girl captured by a Shawnee war party in Colonial America and traded to a Seneca tribe.


When twelve-year-old Mary Jemison and her family are captured by Shawnee raiders, she's sure they'll all be killed. Instead, Mary is separated from her siblings and traded to two Seneca sisters, who adopt her and make her one of their own. Mary misses her home, but the tribe is kind to her. She learns to plant crops, make clay pots, and sew moccasins, just as the other members do. Slowly, Mary realizes that the Indians are not the monsters she believed them to be. When Mary is given the chance to return to her world, will she want to leave the tribe that has become her family?

This Newbery Honor book is based on the true story of Mary Jemison, the pioneer known as the "White Woman of the Genesee."

This ebook features an illustrated biography of Lois Lenski including rare images and never-before-seen documents from the author's estate.

Note! Citation formats are based on standards as of July 2010. Citations contain only title, author, edition, publisher, and year published. Citations should be used as a guideline and should be double checked for accuracy.
Staff View
Grouped Work ID:
3f833529-48a3-2f4e-a673-9d2ebfbc8b38
Go To GroupedWork 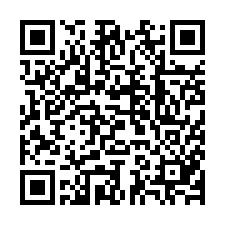