Though Vanyel has been born with near-legendary abilities to work both Herald and Mage magic, he wasn’t no part in such things. Nor does he seek a warrior’s path, wishing instead to become a Bard.

Yet such talent as his, if left untrained, may prove a menace not only to Vanyel but to others as well. So he is sent to be fostered with his aunt, Savil, one of the fame Herald-Mages of Valdemar.

But, strong-willed and self-centered, Vanyel is a challenge which even Savil cannot master alone. For soon he will become the focus of frightening forces, lending his raw magic to a spell that unleashes terrifying wyr-hunters on the land.

And by the time Savil seeks the assistance of a Shin’a’in Adept, Vanyel’s wild talent may have already grown beyond anyone’s ability to contain, placing Vanyel, Savil, and Valdemar itself in desperate peril.
Also in This Series

Note! Citation formats are based on standards as of July 2010. Citations contain only title, author, edition, publisher, and year published. Citations should be used as a guideline and should be double checked for accuracy.
Staff View
Grouped Work ID:
ead24df1-0be1-c4c0-7d04-00687f3f52b6
Go To GroupedWork 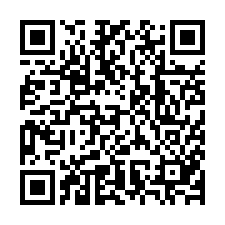