"A good, old-fashioned love story . . . Alice Hoffman's writing at its precise and heartbreaking best." —The Washington Post
Things have changed in Fisher's Cove, the Long Island harbor town where Natalie spent her summers as a girl. The water used to be clean, and from her aunt Minnie's boarding house you could see all the way to Connecticut even on hazy days. Twenty years ago, Minnie never had a problem finding lodgers—but now everyone wants to be in Montauk or the Hamptons.
The biggest change of all, though, is the nuclear power plant under construction on Angel Landing. Natalie's boyfriend, Carter, is leading a protest against the plant, and despite the fact that he is more devoted to his environmental work than he is to her, she has followed him to Fisher's Cove. During the days, she works as a therapist at a local counseling center; in the evenings, she ignores her aunt's disapproval as she waits for Carter to call. But after an explosion lights up the night sky above Angel Landing, Natalie's world is turned upside down. Into her office walks a man with an incredible confession to make, and the more she listens, the more Natalie begins to question the direction of her own life. The conclusions she draws—about passion, commitment, and what her heart truly wants—will lead her to a love she never imagined possible.
Told with grace, charm, and wit, Angel Landing is a captivating romance and one of Alice Hoffman's most delightful novels.

Note! Citation formats are based on standards as of July 2010. Citations contain only title, author, edition, publisher, and year published. Citations should be used as a guideline and should be double checked for accuracy.
Staff View
Grouped Work ID:
a3deab17-0cf1-16f6-a996-4d17cc55f552
Go To GroupedWork 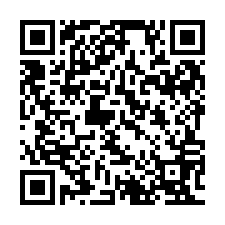