Faith and treason: the story of the Gunpowder Plot
(Book)

Description
In England, November 5 is Guy Fawkes Day, when fireworks displays commemorate the shocking moment in 1605 when government authorities uncovered a secret plan to blow up the House of Parliament--and King James I along with it. A group of English Catholics, seeking to unseat the king and reintroduce Catholicism as the state religion, daringly placed thirty-six barrels of gunpowder in a cellar under the Palace of Westminster. Their aim was to ignite the gunpowder at the opening of the Parliamentary session. Though the charismatic Catholic, Robert Catesby, was the group's leader, it was the devout Guy Fawkes who emerged as its most famous member, as he was the one who was captured and who revealed under torture the names of his fellow plotters. In the aftermath of their arrests, conditions grew worse for English Catholics, as legal penalties against them were stiffened and public sentiment became rabidly intolerant.In a narrative that reads like a gripping detective story, Antonia Fraser has untangled the web of religion, politics, and personalities that surrounded that fateful night of November 5. And, in examining the lengths to which individuals will go for their faith, she finds in this long-ago event a reflection of the religion-inspired terrorism that has produced gunpowder plots of our own time.
Also in This Series

Note! Citation formats are based on standards as of July 2010. Citations contain only title, author, edition, publisher, and year published. Citations should be used as a guideline and should be double checked for accuracy.
Staff View
Grouped Work ID:
f460aac6-2235-920c-3c2d-7e0c8f929990
Go To GroupedWork 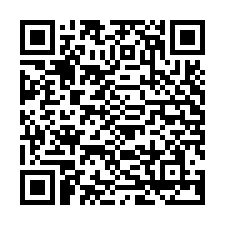