New York Times bestseller: A novel of a messy mob war in Brooklyn that "makes you laugh out loud" (Chicago Sun-Times). Kid Sally Palumbo has been a loyal servant to the Brooklyn Mafia for years. His specialty is murder, and he is so skilled at it that he has gotten the attention of Mafia boss Papa Baccala. But unfortunately for Kid Sally, murder pays poorly. He wants to make real dough, to get respect, and to be able to tell his colleagues where to sit when they eat dinner. In short, he wants to be boss. The job would be his for the taking—if only Kid Sally weren't a Grade A moron.

To keep Sally from stirring up trouble, Baccala tosses him an easy assignment: Organize a bicycle race through Brooklyn, and keep the profits. Kid Sally bungles it, setting off a turf war that quickly engulfs the borough. The dimwitted mobsters are masters in the art of murder, and they are about to put on a show.

This ebook features an illustrated biography of Jimmy Breslin including rare photos and never-before-seen documents from the author's personal collection.

Note! Citation formats are based on standards as of July 2010. Citations contain only title, author, edition, publisher, and year published. Citations should be used as a guideline and should be double checked for accuracy.
Staff View
Grouped Work ID:
cc91cf25-0e79-9128-e19d-4f95777ed2bc
Go To GroupedWork 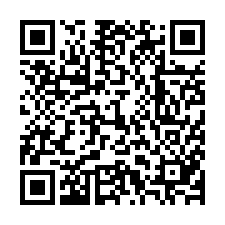