Description
Ghost Traps is a collection of twelve stories about characters who are on the edge and under duress, individuals backed against a wall as they try to free themselves from their own limitations, habits, and destructive desires. In the title story, Harper learns to fish from a man whose son is "catching hell" in the Korean War. When the son returns, he begins stealing lobsters from Harper's traps, and Harper, out of a sense of obligation and guilt, teaches him to fish, vainly hoping it will help the man put together the pieces of a life that war shattered. In "The Connoisseur," a wealthy collector on an archeological dig in the Himalayan foothills realizes he "knows how to stay out of jail, charge rent, build hotels, and pass Go," but has not spiritual life. Unlike his guide, a Sherpa, who could remain content with nothing but the Himalayas, the collector finds himself wanting in all but material success. Whether they win or lose, Robert Abel's characters make the best of circumstance with creativity, wit, passion, and endurance. In "Lawless in New York," Professor Alice Reinquist, the sole woman in her university's delegation to an academic conference, maintains her sense of humor by thinking of Wonder Woman's Gold Lasso, which makes "even the most cunning of evildoers unable to prevaricate." Tracey Wynn, a woman who considers herself on loan to her aloof boyfriend, keeps her options open by always leaving a portion of her neck exposed because she "cannot stand being closed in by anything and because she knows it invites at least a fantasy kiss." In "Appetizer," a man fishing in Alaska resourcefully asks two hungry grizzly bears, "How much love can $600 worth of salmon buy?" Although many of these characters inhabit a world in which the bottom is about to fall out, they invariably find good reason-and courage-to take the next treacherous step. From the salty waters of Cape Cod Canal to the mountains of Tibet; from a Puerto Rican pub to an elegant New York bar where "Susan Sontag and Norman Mailer had no doubt insulted each other," Ghost Traps is filled with people hustling for survival and fighting for identity in a world reluctant to give anyone an even break.
Also in This Series

Note! Citation formats are based on standards as of July 2010. Citations contain only title, author, edition, publisher, and year published. Citations should be used as a guideline and should be double checked for accuracy.
Staff View
Grouped Work ID:
f6676887-71e6-b829-8f0b-24e63aa175b1
Go To GroupedWork 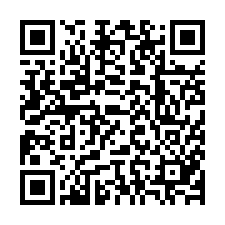