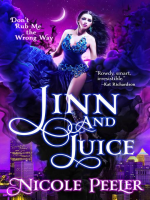 Description
In this rowdy and raunchy urban fantasy, Lyla escaped an arranged marriage by accepting a deal from a jinni — to live a thousand years as a jinni herself. Now, with her millennia nearly up, she's hiding out in a seedy Pittsburgh swarming with vampires, jinni and magical beings.
Meet Lyla, a thousand-year-old Jinn, a belly dancer, and the hottest new urban fantasy heroine in town.
With her thousand-year-long servitude ending, Lyla faces a few serious obstacles to freedom. A Magi intent on binding her again, a jinni bent on vengeance, and not to mention the nightmare from her past that threatens to make her curse permanent — and claim her very soul.
"Jinn and Juice is a raucous, raunchy tale well told. One thing's certain: you'll never look at Pittsburgh the same way after you've taken Nicole Peeler's mythic joyride up, down, and sideways in pursuit of an abducted teenage girl and freedom from a thousand-year curse. Legend and history, betrayal and love intertwine as the story moves from lascivious sex clubs to the unraveling of a mystery to a magical jinni throw-down which will leave you panting for more. Jinn and Juice is Urban Fantasy at its smartest, naughtiest, funniest best." — Juliet Blackwell
Also in This Series

Note! Citation formats are based on standards as of July 2010. Citations contain only title, author, edition, publisher, and year published. Citations should be used as a guideline and should be double checked for accuracy.
Copy Details
Staff View
Grouped Work ID:
5ebfe376-0b2f-4169-347e-e081525c0952
Go To Grouped Work 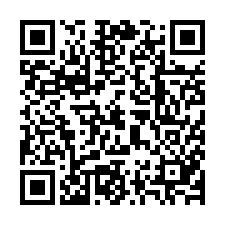