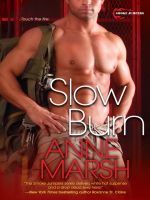 Description
It's not every man who will risk his life, leaping into the flames of a wildland inferno. And it's not every woman who will love him. . .
He's Feeling The Heat
Evan Donovan is a big muscled giant of a man, whose size and strength make him uniquely qualified to be a smoke jumper. No matter how great or how treacherous the challenge, he gets the job done. But when he agrees to look in on a friend's ex-wife after a suspicious brushfire, Evan learns that some jobs are too hot to handle. Especially when it involves a scorchingly sexy woman. . .
She's Playing With Fire
Faye Duncan is a photographer on a mission, shooting fires for a magazine. But her first encounter with a wildfire isn't nearly as wild as her first night with Evan Donovan. The moment she meets the bigger-than-life hero, the sparks begin to fly. But things really catch fire when Evan learns she may have taken a photo of the arsonist setting the fires. Evan is determined to keep Faye safe. But if he expects her to trust him with her life, he'll have to open up his heart—even if someone gets burned. . .
"The Smoke Jumpers series delivers white hot suspense and a drop dead sexy hero!" —New York Times bestselling author Roxanne St. Claire
Anne Marsh's novels are:
"Smoking hot." —Fiction Vixen
"Sexually charged." —Bookaholics
"Superb." —Midwest Book Review
Also in This Series

Note! Citation formats are based on standards as of July 2022. Citations contain only title, author, edition, publisher, and year published. Citations should be used as a guideline and should be double checked for accuracy.
Copy Details
Staff View
Grouped Work ID:
1402eefc-6d18-90a1-a74f-bae8f5aa8bd6
Go To Grouped Work 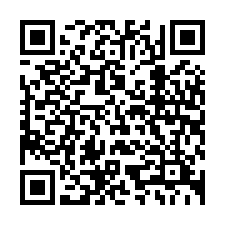