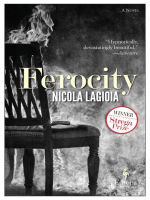 Description
Winner of the 2015 Strega Prize, Italy's preeminent prize for fictionFerocity is at once an intimate family saga and a cinematic portrait of the moral and political corruption of an entire society. It is an ambitious, stylish work by one of Italy's foremost novelists.Bari, southern Italy. On a stifling summer's night, on the outskirts of town, a young woman named Clara—the daughter of the region's most prominent family of real estate developers—stumbles naked, dazed, and bloodied down a major highway. Her death will be deemed a suicide. Her estranged half-brother, however, cannot free himself from her memory or the questions surrounding her death, and the more he learns about Clara's life, the more he reveals the moral decay at the core of his family's ascent to scoial prominence. Ferocity combines suspense, psychological acutiy, and contemporary realism in a feat of storytelling. It is fierce and relentless in pursuit of its characters' psychological truths, yet lyrical and moving as it describes the natural splendor of Italy ravaged by greed and regulatory negligence.
Also in This Series

Note! Citation formats are based on standards as of July 2010. Citations contain only title, author, edition, publisher, and year published. Citations should be used as a guideline and should be double checked for accuracy.
Copy Details
Staff View
Grouped Work ID:
a2069185-a0cb-4783-8daf-b68115ba401c
Go To Grouped Work 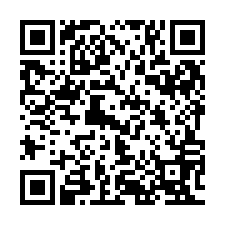