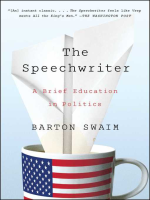 Description
Barton Swaim was struggling to find an academic job—he'd recently received a PhD in English—when he sent his resume to Mark Sanford, the conservative and controversial governor of South Carolina. He thought he could improve the governor's writing and speeches.
On the surface, this is the story of Sanford's rise and fall. But it's really an account of what happens when a band of believers attach themselves to an ambitious narcissist. Everyone knows this kind of politician—a charismatic maverick who goes up against the system and its ways, but thinks he doesn't have to live by the rules. Swaim describes what makes people invest in their leaders, how those leaders do provide moments of inspiration, and then how they let them down.
The Speechwriter is a funny and candid introduction to the world of politics, where press statements are purposefully nonsensical, grammatical errors are intentional, and better copy means more words. Through his three years in the governor's office, Swaim paints a portrait of a man so principled he'd rather sweat than use state money to pay for air conditioning, so oblivious he'd wear the same stained shirt for two weeks, so egotistical he'd belittle his staffers to make himself feel better, and so self-absorbed he never once apologized for making his administration the laughing stock of the country. In the end, it's also an account of the very human staffers who risk a life in politics out of conviction and learn to survive a broken heart.
Also in This Series

Note! Citation formats are based on standards as of July 2010. Citations contain only title, author, edition, publisher, and year published. Citations should be used as a guideline and should be double checked for accuracy.
Copy Details
Staff View
Grouped Work ID:
3eddf7bc-2fa2-ef6a-5607-1345f389e67b
Go To Grouped Work 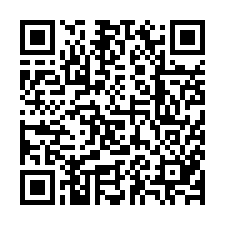