Catalog Allah is Not Obliged »  Books » 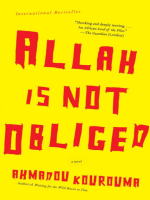 Description
ALLAH IS NOT OBLIGED TO BE FAIR ABOUT ALL THE THINGS HE DOES HERE ON EARTH.These are the words of the boy soldier Birahima in the final masterpiece by one of Africa’s most celebrated writers, Ahmadou Kourouma. When ten-year-old Birahima's mother dies, he leaves his native village in the Ivory Coast, accompanied by the sorcerer and cook Yacouba, to search for his aunt Mahan. Crossing the border into Liberia, they are seized by rebels and forced into military service. Birahima is given a Kalashnikov, minimal rations of food, a small supply of dope and a tiny wage. Fighting in a chaotic civil war alongside many other boys, Birahima sees death, torture, dismemberment and madness but somehow manages to retain his own sanity. Raw and unforgettable, despairing yet filled with laughter, Allah Is Not Obliged reveals the ways in which children's innocence and youth are compromised by war.
Also in This Series

Note! Citation formats are based on standards as of July 2010. Citations contain only title, author, edition, publisher, and year published. Citations should be used as a guideline and should be double checked for accuracy.
Copy Details
Staff View
Grouped Work ID:
e383b7cc-45d4-95d3-74cd-aa4c1f6bc716
Go To Grouped Work 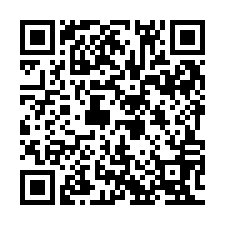