Catalog The Source of Magic »  eBook » 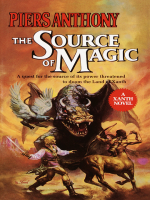 Description
A quest for the source of power threatened to doom the land of Xanth
As a ruler of a country steeped in enchantment, King Trent was naturally curious about the source of its magic. It made sense to order Bink, the only one of his subjects immune to supernatural harm, to undertake a quest to discover the wellspring of Xanth’s uniqueness.
From the beginning, Bink and his companions, Chester the centaur and Crombie, the soldier transformed into a griffin, were harried by an unseen enemy determined to thwart them. Even the power of Good Magician Humfrey, together with Bink’s protective talent, scarcely saved their lives.
Then when Humfrey and Crombie turned against him, all seemed lost. But Bink's ingenuity and luck prevailed, and he reached his goal.
The King’s orders had been carried out . . .
But the King had not expected Bink’s next act—to destroy utterly the magic of Xanth!
Also in This Series

Note! Citation formats are based on standards as of July 2010. Citations contain only title, author, edition, publisher, and year published. Citations should be used as a guideline and should be double checked for accuracy.
Copy Details
Staff View
Grouped Work ID:
69f5c85f-2fb2-0fe9-4b49-c4507c2e1e29
Go To Grouped Work 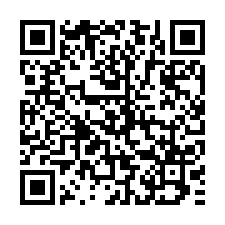