Catalog Since I Saw You »  Books »

Since I Saw You: Because You Are Mine Series, Book 4
(OverDrive MP3 Audiobook, OverDrive Listen) 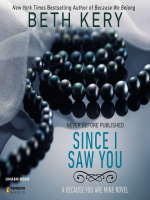 Description
In the “exceptionally hot” (USA Today) Because You Are Mine, Beth Kery redefined what’s possible, what’s desirable, and what’s forbidden between a man and a woman. It’s time to go further... When enigmatic billionaire Ian Noble sets Lin the task of “taming” his brilliant yet half-savage brother Kam Reardon, she eagerly accepts. She’s more than curious about the solitary genius and everything she’s heard about him. During their electric first meeting, her fascination increases a hundredfold. Kam practically oozes raw sex appeal. Lin is interested...very interested. But does her intense attraction and willingness to go places with him she’s never gone before in the bedroom really have to do with Kam? Or is her carefully hidden desire to blame for wanting a man she knows she can never have?An elusive outsider, Kam avoids intimacy, yet never shies away from satisfying his erotic appetites. But there’s something different about Lin—a reserve he’s anxious to break. She’s a woman he’s eager to take his time with…and possess completely. A sophisticated beauty like her would never want him anywhere but in bed, but he finds himself unable to resist her.Immediately Lin’s smooth facade is undone by Kam’s overwhelming masculinity and by his irresistible erotic demands—a lesson in subjugation that leaves Lin confused, reeling, and open to things she never thought possible. Now, as the unpredictable nights between them grow darker, Lin and Kam are certain of only one thing: they’re made for each other.
Also in This Series

Beth Kery. (2014). Since I Saw You: Because You Are Mine Series, Book 4. Penguin Random House Audio Publishing Group.

Beth Kery. 2014. Since I Saw You: Because You Are Mine Series, Book 4. Penguin Random House Audio Publishing Group.

Beth Kery, Since I Saw You: Because You Are Mine Series, Book 4. Penguin Random House Audio Publishing Group, 2014.

Beth Kery. Since I Saw You: Because You Are Mine Series, Book 4. Penguin Random House Audio Publishing Group, 2014.

Note! Citation formats are based on standards as of July 2010. Citations contain only title, author, edition, publisher, and year published. Citations should be used as a guideline and should be double checked for accuracy.
Copy Details
Staff View
Grouped Work ID:
c3650713-cc1c-6990-34ec-942abca79588
Go To Grouped Work 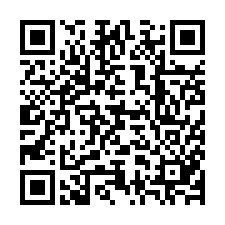